a (brief) story of a young woman

Bethlehem- Ma’an – Israeli authorities released 25-year-old A’reen A’wad Husein Shu’eibat from prison on Thursday. The young woman was detained in 2002 during the Israeli siege of Bethlehem.
The young woman, from the Bethlehem suburb of Beit Sahour spent her seven-year imprisonment in the Israeli Ad-Damun prison in northern Israel.
The young woman prepared to launch a suicide bomb attack against the Israeli soldiers occupying Bethlehem in 2002. She left her home prepared to carry out the mission but had a change of heart and returned home. Israeli intelligence surrounded her home two days following the event. Forces imposed a curfew on the entire town, raided the home and arrested her.
A’reen was in her second year of a Business Administration degree at Bethlehem University when she was detained. She was charged with attempting to carry out a suicide attack.
A friend and colleague of A’reen continued with his attack mission and detonated the explosive device strapped to his chest at a bus station in Tel Aviv killing three and injuring several others.

Something about this woman's story just gets to me...Maybe it is because she is 25, as am I. Seven years ago, both of us were 18. Wow, 18. I was busy writing hippie poetry, attending anti-war meetings, and making plans to drop out of school and drive a bus across the country. I didn't follow through with my plans either, but I was lucky enough to find my way into other adventures. Not prison. It's hard to believe her change of heart cost her 7 years in prison. What went through her mind in those years? Did she ever regret her decision? Any of her decisions? ...I've never been in prison, but I imagine that it would involve a deep sense of isolation. ...Wow. But now she is free...and that is good. The sad part, still, though, is that in Palestine, there never seems to be enough time to heal from one trauma before the next one begins...
Posted by Ayla Jay at 3:05 PM No comments: 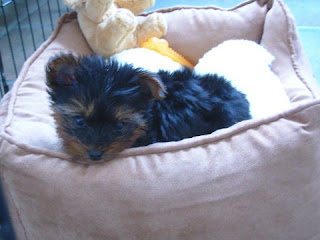 I know, I know. It's been awhile.
What happened was,
I got this adorable puppy. She makes me laugh, which is SO important. I tried to train her to chew up a flag of the United States, but her little teeth weren't quite up to it yet...but we'll get there.
Then, I got the flu, which was much less adorable, and much less fun.
I'm starting to feel better though.

I also came across this, and even though it's about the 4th of July, I'm going to post it in the spirit of Valentine's Day comin up tomorrow...

I'm usually cynical about Valentine's Day but this poem is better than cynical: it's just real.
Posted by Ayla Jay at 8:51 AM 1 comment: 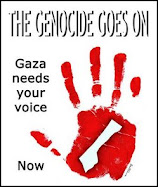